Over the last four years, I have experimented with getting students to develop content for the Contemporary Latin(o) Americas subject I teach through a dedicated WordPress blog. Each year I seem to have a few hundred dollars left over from small grants, so I came up with idea of getting students who were hard up for money involved as producers of subject content and not just consumers.

Here is how it works: I ask for expressions of interest from students; once I have a volunteer, I tell them roughly what I am looking for and then ask them to go and do it. Where possible I give some source material, but mainly it is up to them to find the information and put it together, however they see fit. I then lightly edit for expression (but not content). The finished work is posted on the WordPress blog with their name attached.

I began back in 2013 with a student who had returned from her year of In-Country Study in Mexico. I asked her to build a presentation on the history of Mexican popular music. She did a great job, with images and embedded videos of representative musical genres.

The following year I got more adventurous and asked another recently returned In-Country Study student to re-work my Mexico seminar lecture into a Youtube video. He also did a great job, combining my lecture and images with his own photos. He did the voice-over as well. It is now the regular lecture for that week.

In 2015, I took a different tack: I chose an outstanding assignment done by a combined Law/International Studies student in 2014 in the Contemporary Latin(o) Americas subject itself. It was a Prezi presentation on the Santa Muerte religious cult in Mexico. The study highlighted how the cult could not be easily dismissed as just the patron saint of criminals – it was taken up by many poor people due to the increase in socio-economic precariousness. The study even trumped a British TV documentary series on religious cults, which presented the Santa Muerte religion in sensationalist fashion, obfuscating its deeper significance. My student’s work was more intellectually rigorous. It is now set as a recommended reading. 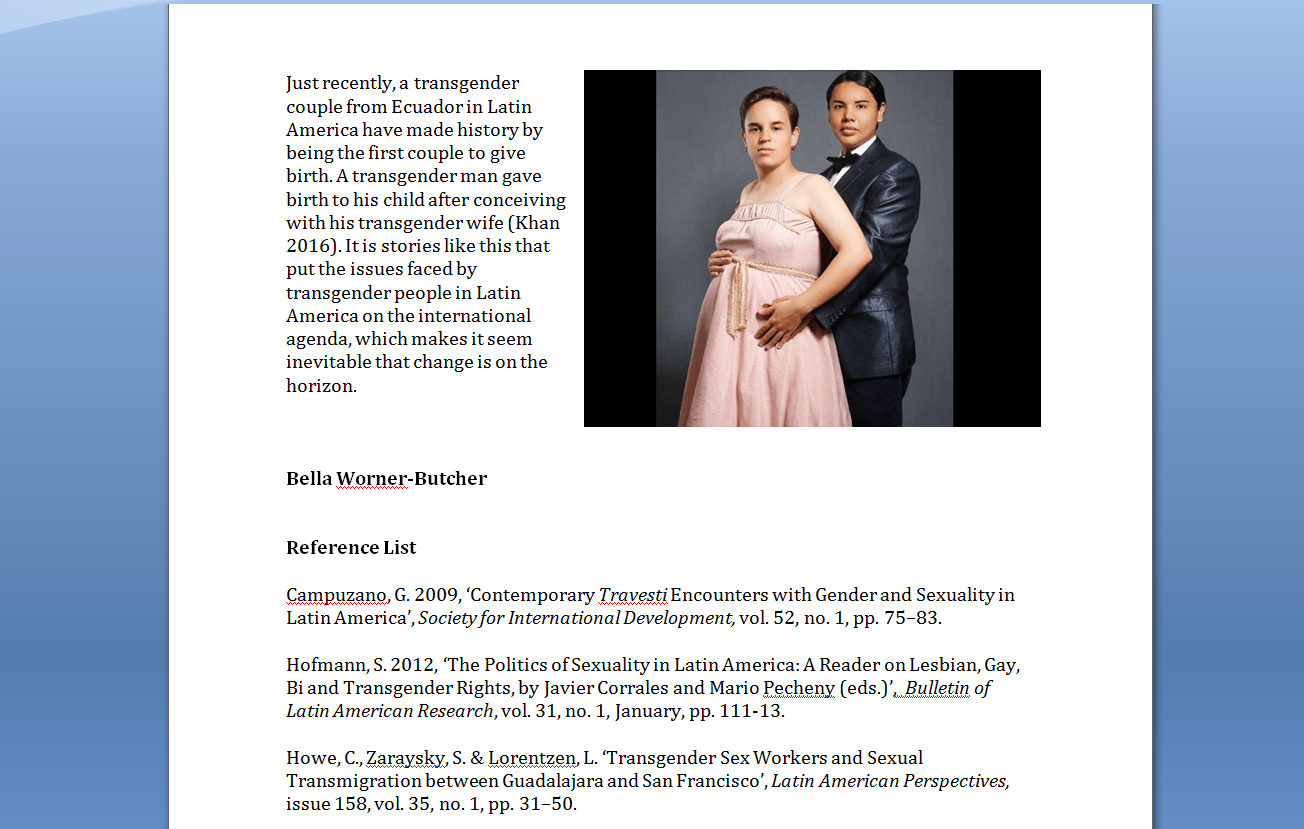 During the Spring 2016 iteration of the Contemporary Latin(o) Americas subject, I once again asked if anyone wanted some extra money to do a small research project. I noticed that my seminar on Church, Gender and Sexuality in Latin America had no discourse on transgender rights. A Law student volunteered to put together a 3,000-word essay on the topic.

What does this kind of student-centred activity achieve? Several things: students improve their digital, organisational and essay-writing skills in a less-pressured situation (it’s not for credit points); they develop more intellectual self-confidence as well as their social conscience; the work is included in their CV; and the whole exercise sends a message to them and to other students that their academic work is just as valuable as mine. This year I may have a small amount of spare grant money again – I’ll give you one guess where it’s going.

Learning through Covid-19: Why we need our body to learn and work in the Covid-19 times | 29 July

The Inclusivity Experiment: Promoting inclusive practice in the classroom | 22 July