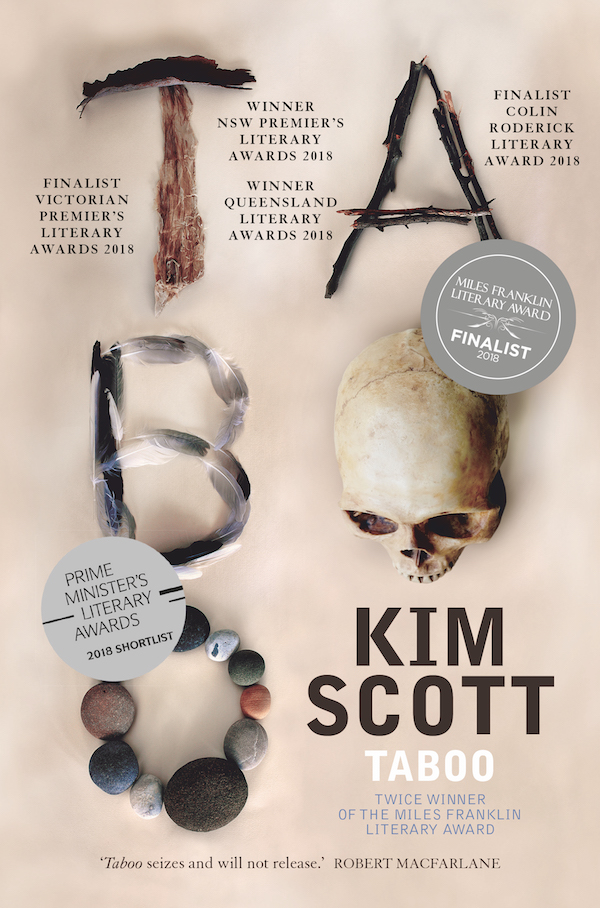 Judge’s comments: “This breathtaking novel by Kim Scott offers a narrative of redemption set on massacre country in Western Australia…As a portrait of one Aboriginal extended family, Taboo is an outstanding work of fiction. Scott has created a cast of enigmatic, impossible-to-label characters, who slip between heroism and viciousness, the present and the past, while attempting to reconcile with their painful histories. As an act of the imagination, the novel is heartbreaking, lyrical and momentous. Writing from a Noongar community which has recently negotiated a settlement with the West Australian state, Scott has not only produced a literary triumph; he has also penned Australia’s first post-treaty novel.” 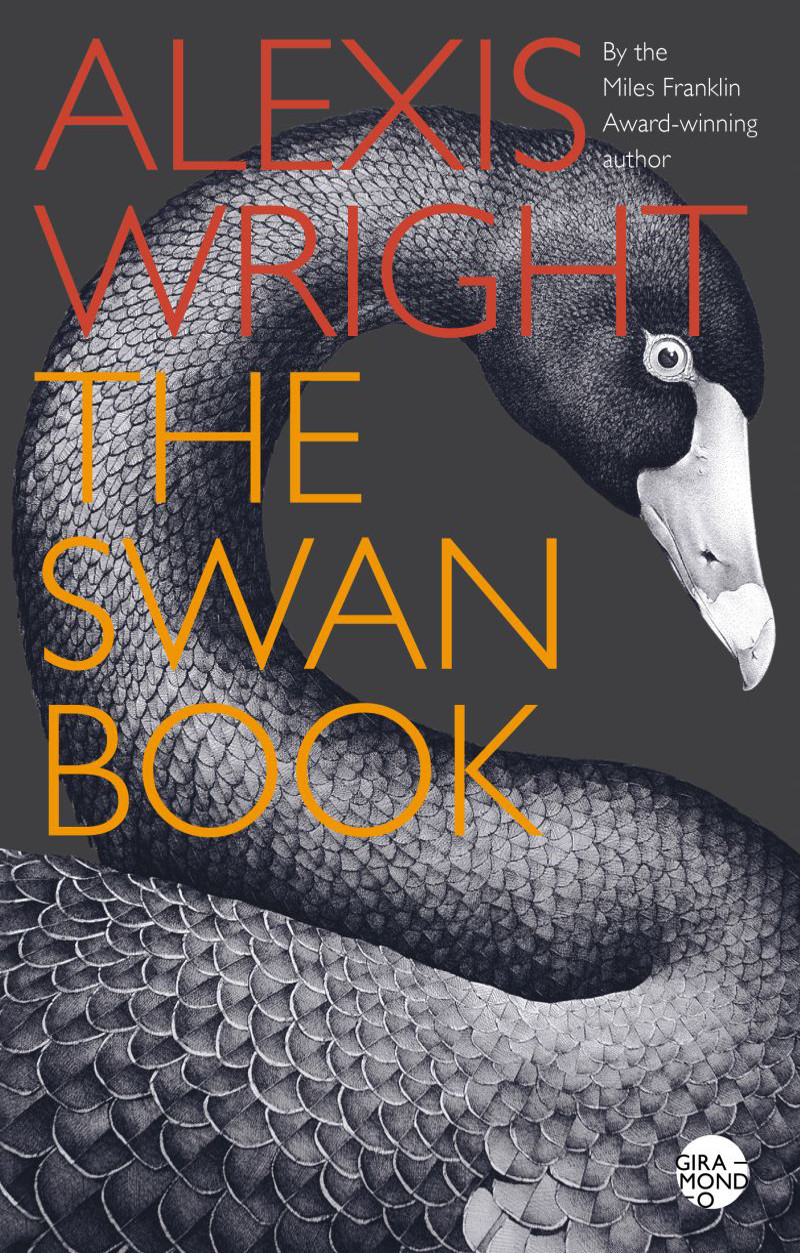 A futuristic novel set in northern Australia. The climate has been ruined and indigenous peoples live under a form of intervention.

The Australian’s Geordie Williamson says, “The Swan Book should be regarded as one of the most beautiful, furious and urgent novels to be published in this country in recent years. It reminds readers that the misery and upheaval promised by climate change has already come to Australia’s first people.” 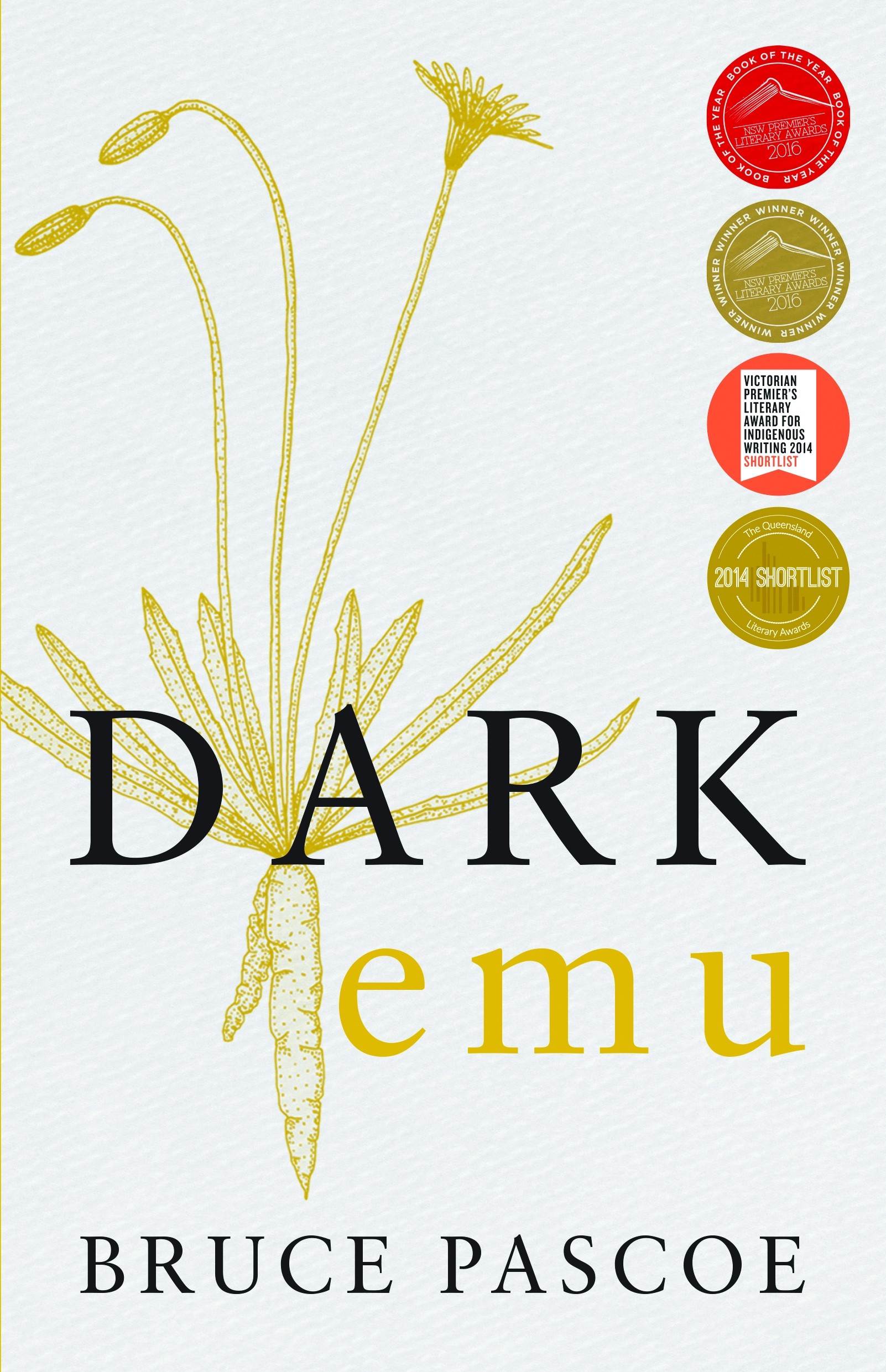 In Dark Emu, UTS Professor Bruce Pascoe asks us to reconsider the hunter-gatherer tag given to precolonial Aboriginal Australians and attempts to rebut the colonial myths that have worked to justify dispossession. 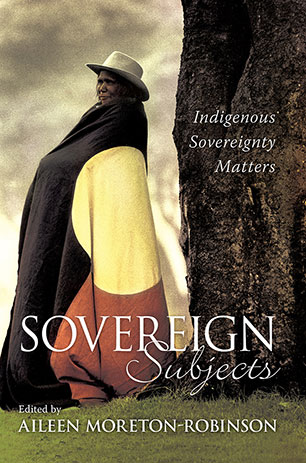 “An agenda setting book where some of Indigenous Australia’s emerging and well-known critical thinkers examine the implications for Indigenous people of continuing to live in a state founded on invasion. They show how for Indigenous people, self-determination, welfare dependency, representation, cultural maintenance, history writing, reconciliation, land ownership and justice are all inextricably linked to the original act of dispossession by white settlers and the ongoing loss of sovereignty.” 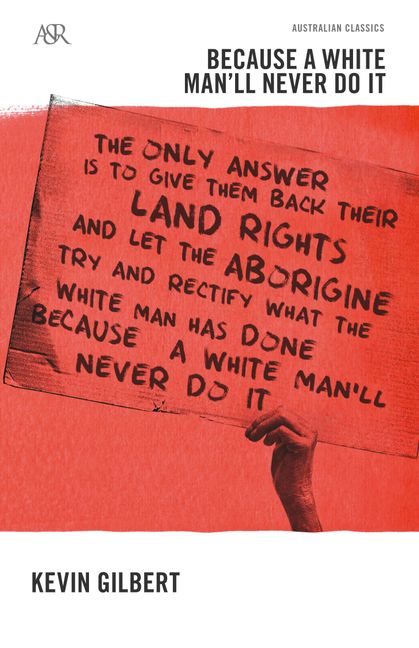 First published in 1973, this controversial “powerful expose of past and present race relations in Australia is an alarming story of land theft, attempted racial extermination, oppression, denial of human rights, slavery, ridicule, denigration, inequality and paternalism.” 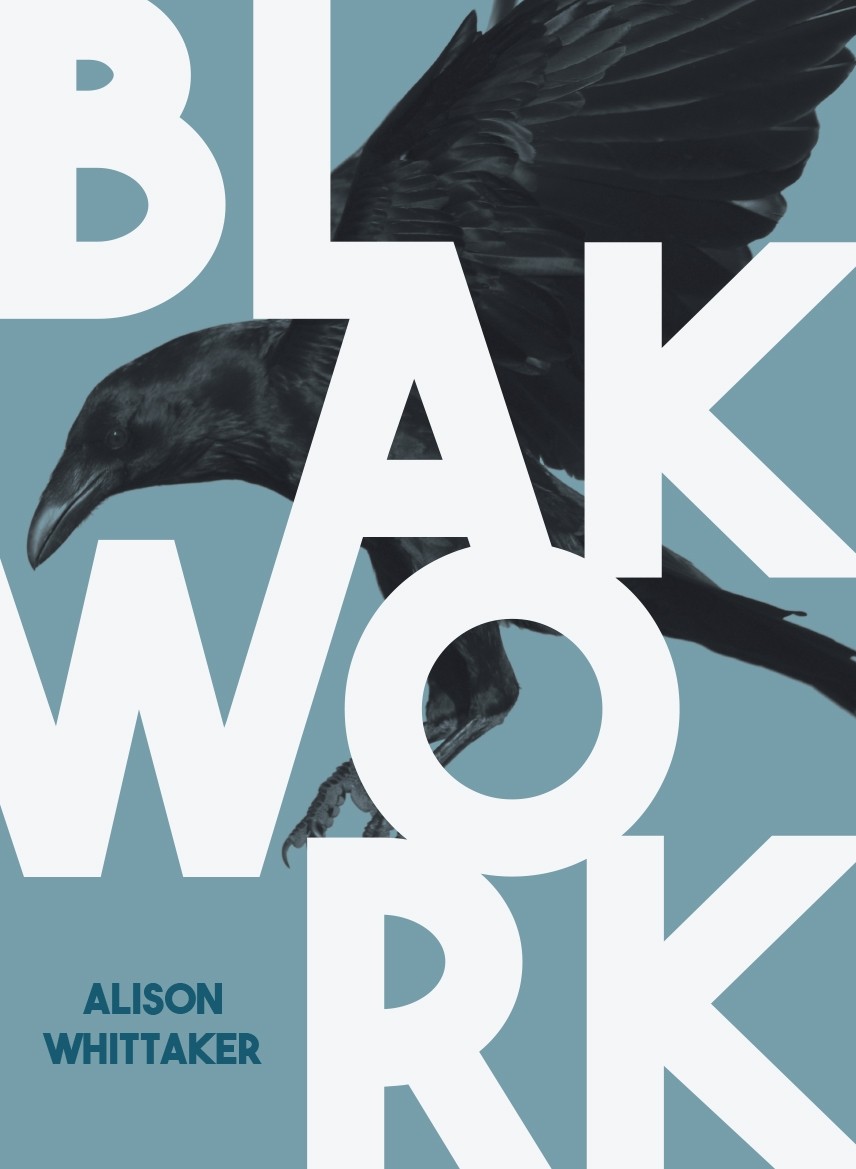 “A stunning mix of memoir, reportage, fiction, satire, and critique composed by a powerful new voice in poetry. Alison Whittaker’s BLAKWORK is an original and unapologetic collection from which two things emerge; an incomprehensible loss, and the poet’s fearless examination of the present. Whittaker is unsparing in the interrogation of familiar ideas – identifying and dissolving them with idiosyncratic imagery, layering them to form new connections, and reinterpreting what we know.” 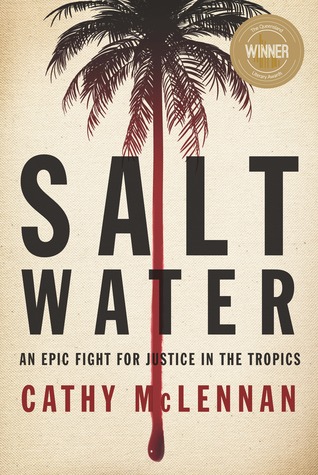 “When Cathy McLennan first steps into Townsville’s Aboriginal and Torres Strait Islander Legal Service as a young graduate she isn’t expecting a major murder case to land on her desk. The accused are four teenage boys whose family connections stretch across the water to Palm Island. As she battles to prove herself in the courtroom, Cathy realises that the truth is far more complex than she first thought. She starts to question who are the criminals and who are the victims.” 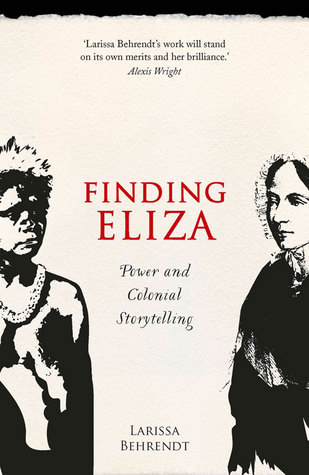 UTS Professor Larissa Behrendt has “long been fascinated by the story of Eliza Fraser, who was purportedly captured by the local Butchulla people after she was shipwrecked on their island in 1836. In this deeply personal book, Behrendt uses Eliza’s tale as a starting point to interrogate how Aboriginal people – and indigenous people of other countries – have been portrayed in their colonizers’ stories. Citing works as diverse as Robinson Crusoe and Coonardoo, she explores the tropes in these accounts, such as the supposed promiscuity of Aboriginal women, the Europeans’ fixation on cannibalism, and the myth of the noble savage.” 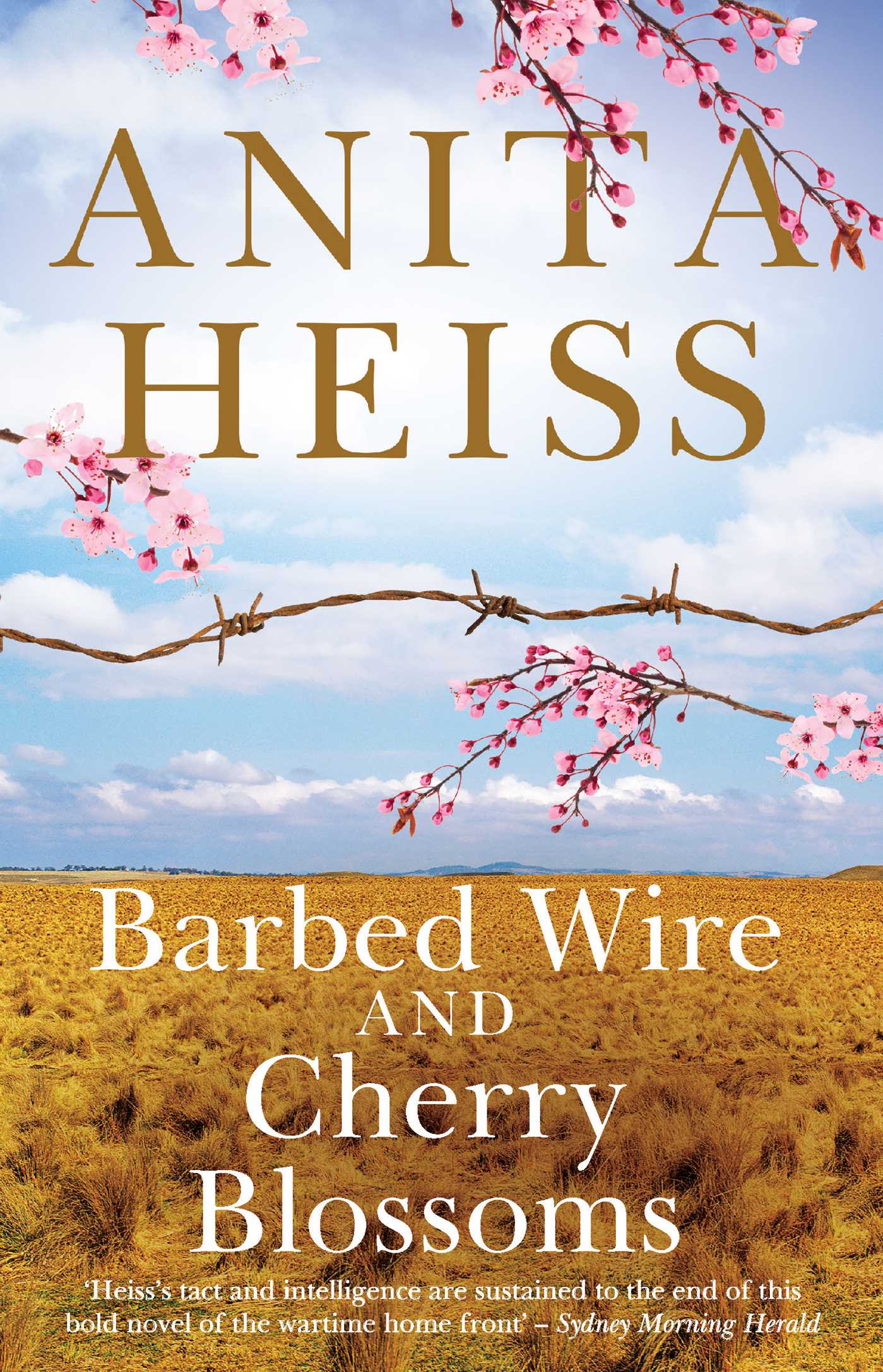 “Storytelling with a sense of great purpose and intimacy with place. Paying close attention to historical detail, Anita Heiss illuminates mid-twentieth century Aboriginal life on the Erambie mission in New South Wales, with all its depredations mirrored in a prisoner of war internment camp ‘down the road’. Heiss is to be congratulated for fictionalising the lived experience of both the mission inhabitants and the Japanese prisoners.”

10. A Man Called Yarra by Stan Yarramunua with Robert Hillman (2018) 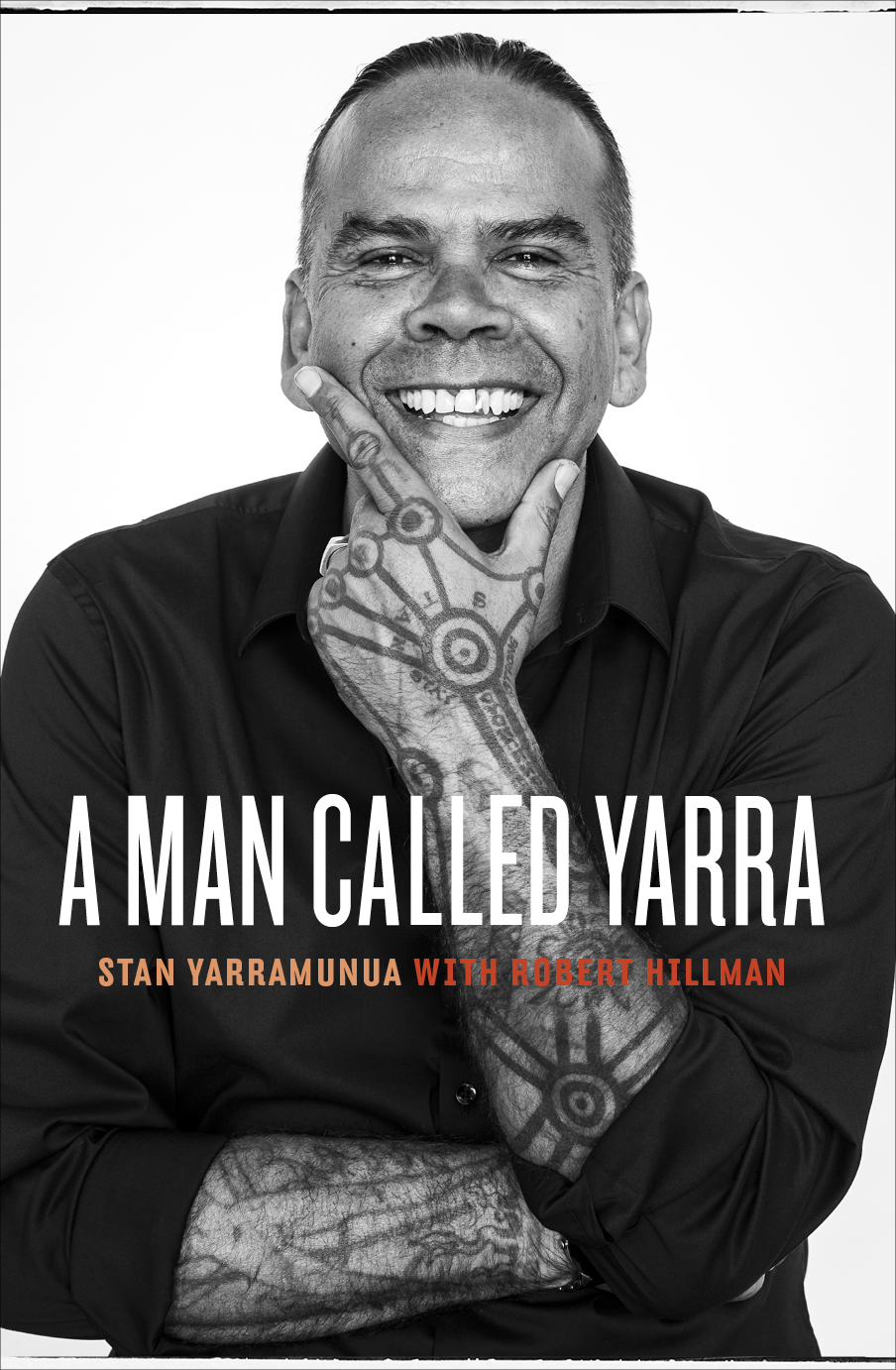 From growing up in poverty in Swan Hill – and sometimes on the road with this itinerant father – Yarra had a tumultuous and often rough childhood. After 10 years of addiction, Stan gave up drinking, discovered painting and found his true name of Yarramunua. This is an inspiring story of a remarkable man overcoming hardship, striving for a better life and better outcomes for young people his homeland, and reclaiming his ancestry.

This post was originally published on StaffConnect and is republished here with permission.

Work Integrated Learning Symposium: Spotlighting the ‘I’ in WIL | 30 September